The area under investigation in northern Bavaria is bordered by the cities of Hassfurt – Bamberg – Bayreuth – Coburg and extends over the administrative districts of Upper and Lower Franconia. The measuring lines run through a total of six administrative districts: Bamberg, Bayreuth, Coburg, Hassberg, Kronach and Lichtenfels. However, not every municipality in these districts is affected by the measurements. Where the seismic survey takes place, the municipalities are informed by a company commissioned by the GeoZentrum Nordbayern (GZN) to obtain permits. However, the GZN project management is also available to answer questions on seismics.

Objective of the measurements

The aim of the seismic survey is to improve our knowledge of the structure and composition of the subsurface in the area of a geothermal anomaly in Franconia. Since the 1970s it has been known from boreholes that the temperature in the subsurface of northern Bavaria is rising more strongly in places than would be expected according to the regional average. With a normal geothermal gradient, the temperature rises by 3.3°C every 100 m of depth. Studies carried out by the GeoZentrum Nordbayern between 2012 and 2016 show that the increase in the region is up to 4.8°C/100 m, i.e. significantly more energy is flowing out of the ground than expected.

The aim of the seismic investigations is to find out what causes this high heat flow. This is basic research. With the exception of individual boreholes to a maximum depth of 1,600 m and a seismic survey (DEKORP-3) carried out in 1989/1990, little is known about the deeper underground of the region. We hope that the seismic measurements will provide us with evaluable data on the course of fracture zones and the geological structure of the subsurface at a depth of 3000 – 5000 m.

Whether the seismic findings can later lead to an economic use is not yet foreseeable. It is conceivable that new geothermal potential could be discovered which could be used economically, for example for heat generation. A final statement on this will probably only be possible after the measurements have been evaluated.

2D seismic measurements with a total length of approx. 200 km are planned in an investigation area which is roughly outlined by the cities of Hassfurt – Bayreuth and Bamberg – Coburg. The scientific exploration permit required for this was granted to the Friedrich-Alexander University Erlangen-Nuremberg on 01.10.2017 by the Bavarian State Ministry of Economics and Media, Energy and Technology. For the performance of the seismic measurements, an operation plan according to mining law is required, which has been applied for at the Mining Office of Northern Bavaria at the government of Upper Franconia. This approval procedure will start as soon as the nature conservation expert reports for the seismic measurements are available. It is planned to carry out the measurements between January and March 2018 during the vegetation-free period and outside the breeding season of the birds.

The measurements serve scientific purposes. They should provide a better understanding of the geological structure of the subsurface at 1000 m to about 5000 m below the earth’s surface and, above all, help to understand the causes of the geothermal anomaly identified in this region. A possible cause of the geothermal anomaly could be, for example, deep-reaching fracture zones that could represent ascending pathways for hot water.

The vibroseismic measuring method is used. In this method, sound waves are sent from the earth’s surface into the underground, similar to an ultrasound examination by a doctor. These are reflected at rock boundaries. The reflection of these waves is recorded on the earth’s surface by so-called “geophones”. These are sensitive measuring instruments which are connected in groups with cables and are inserted into the ground with a mandrel of about 10 cm length. Several groups of geophones are combined into a display several kilometres long. This display registers the reflected sound waves over the entire length. From the travel time of the sound waves, the depth and the course of the reflection horizons can be determined using complex methods. FAU scientists evaluate and interpret the seismic measurements.

The sound waves are generated without interfering with the subsurface. The sound waves are generated by special vehicles, so-called vibrators, with a vibratory plate. This method was developed in order to be able to carry out seismic measurements even in built-up areas. Three vibratory vehicles are used for this purpose. The vibratory vehicles move along a measuring line on paths and roads similar to a moving construction site. At defined vibration points the vibratory plate is lowered to the ground and generates vibrations in a defined frequency spectrum between 8 and 100 Hertz. Such a “sweep” lasts about 20 seconds and is repeated several times (about two to eight times per measuring point). The frequency of the excitation signal changes so quickly that no resonance phenomena occur. There is therefore no danger to buildings or supply lines. DIN 4150 (vibrations in the building industry and impact on structural installations) is observed during the work. 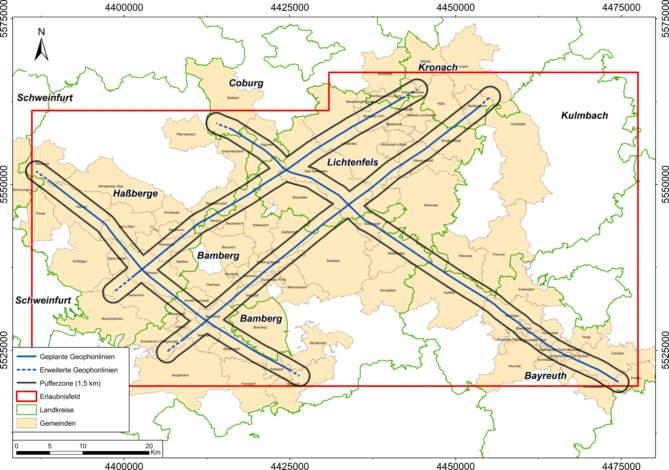 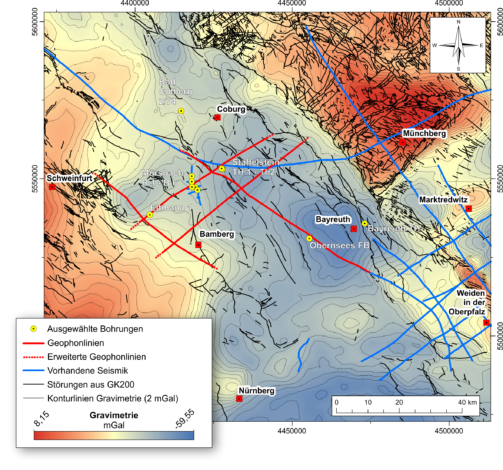 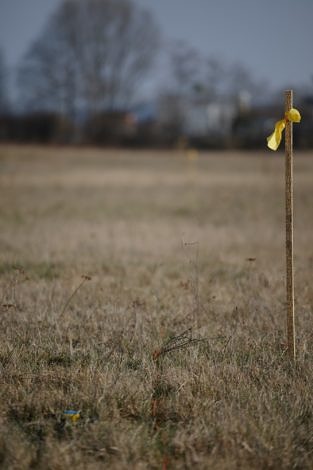 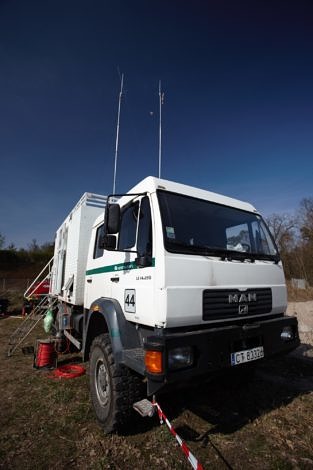 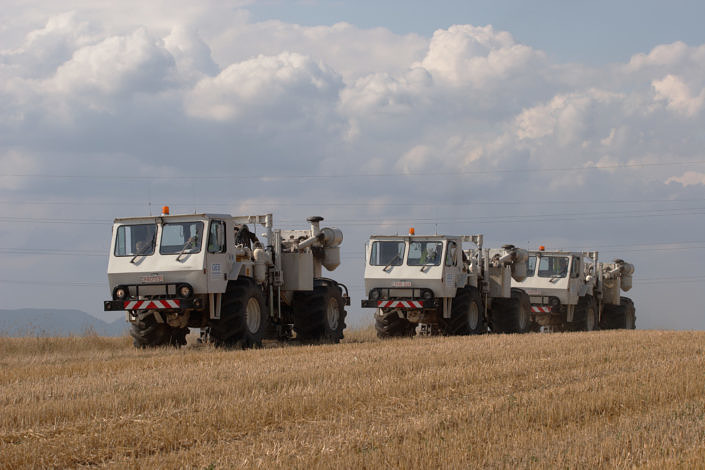 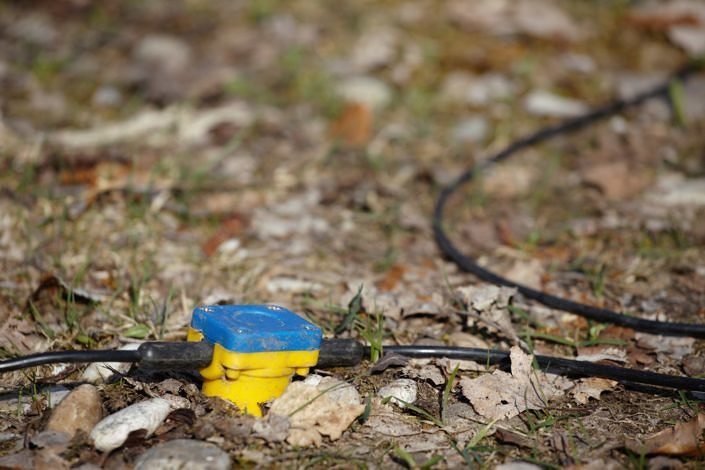 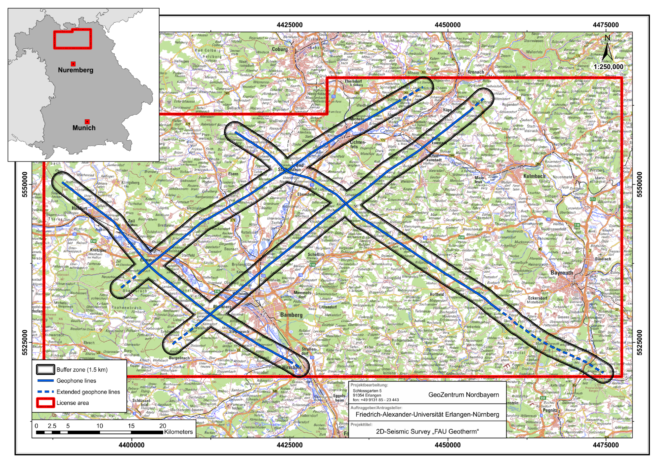 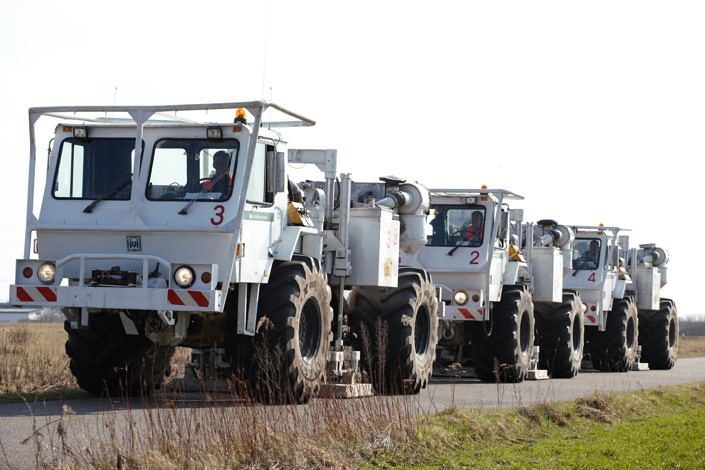 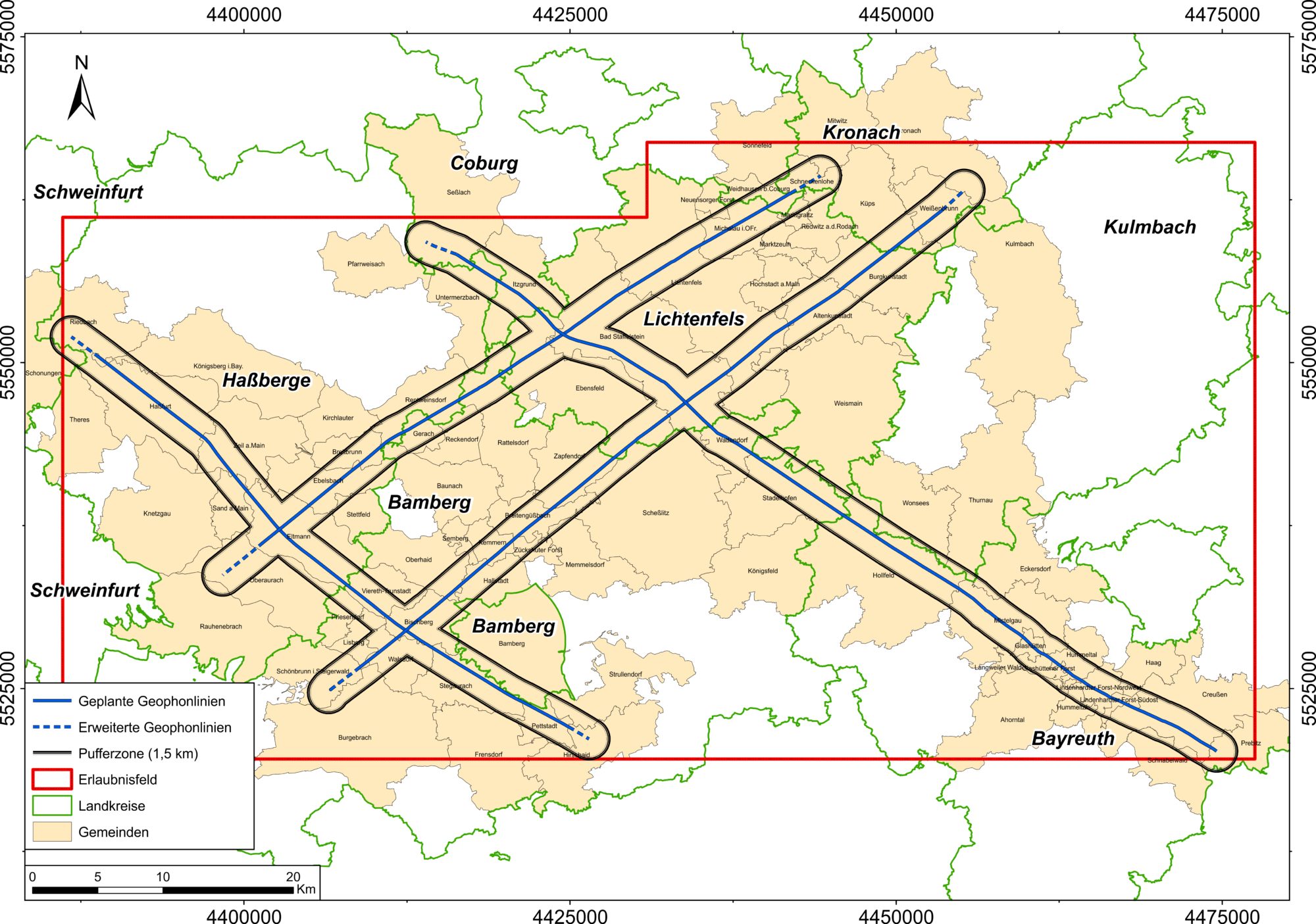 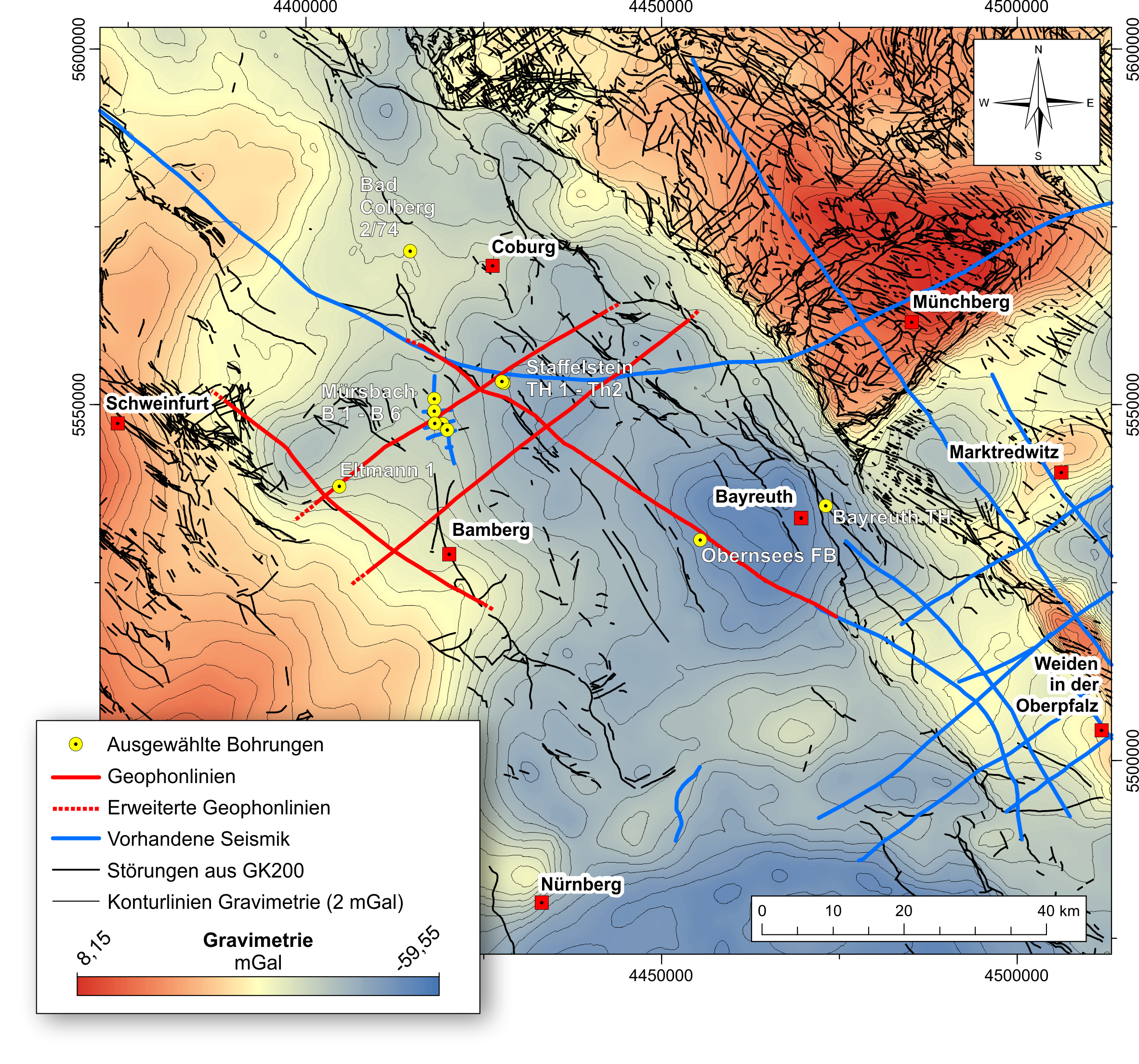 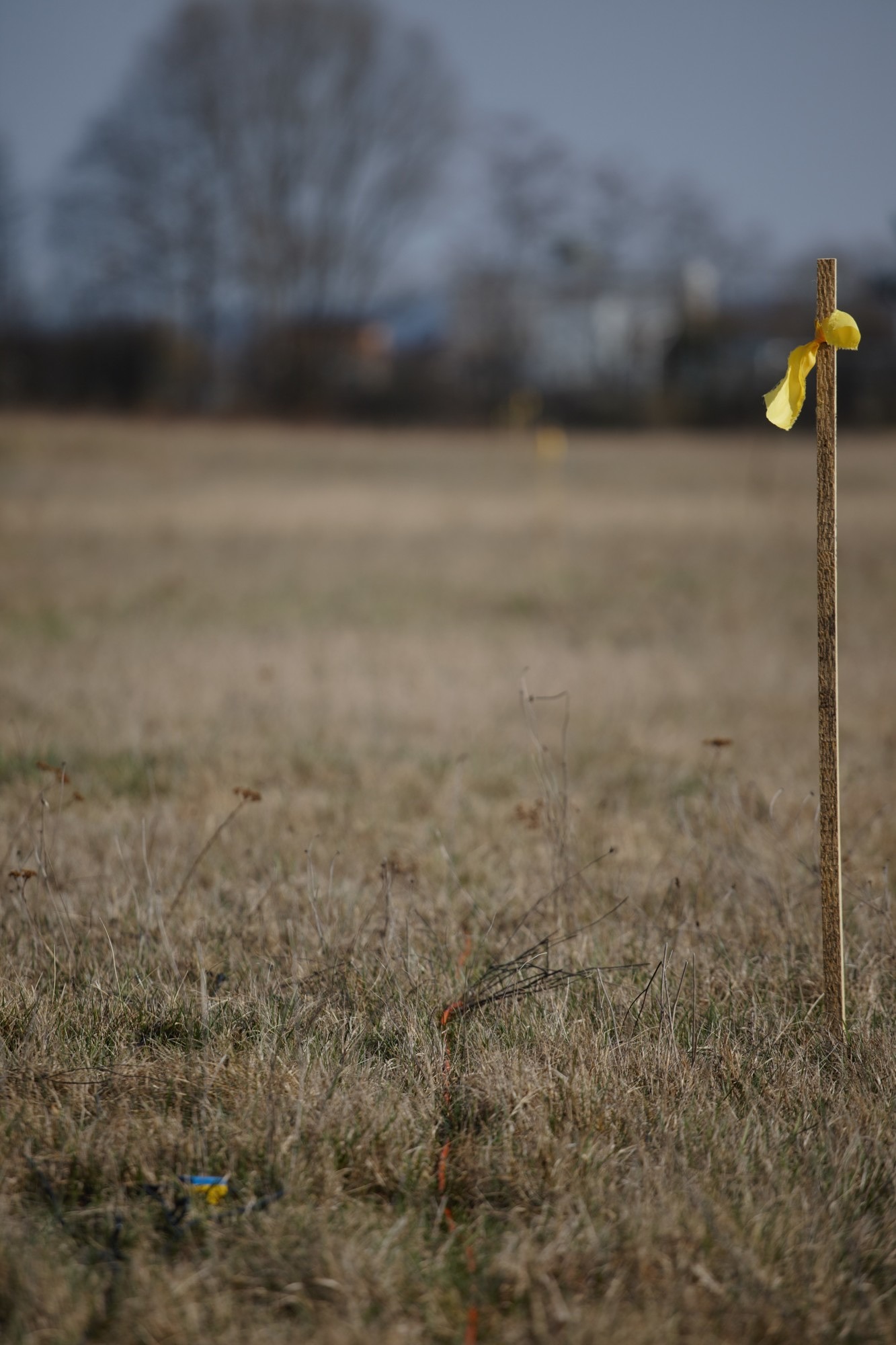 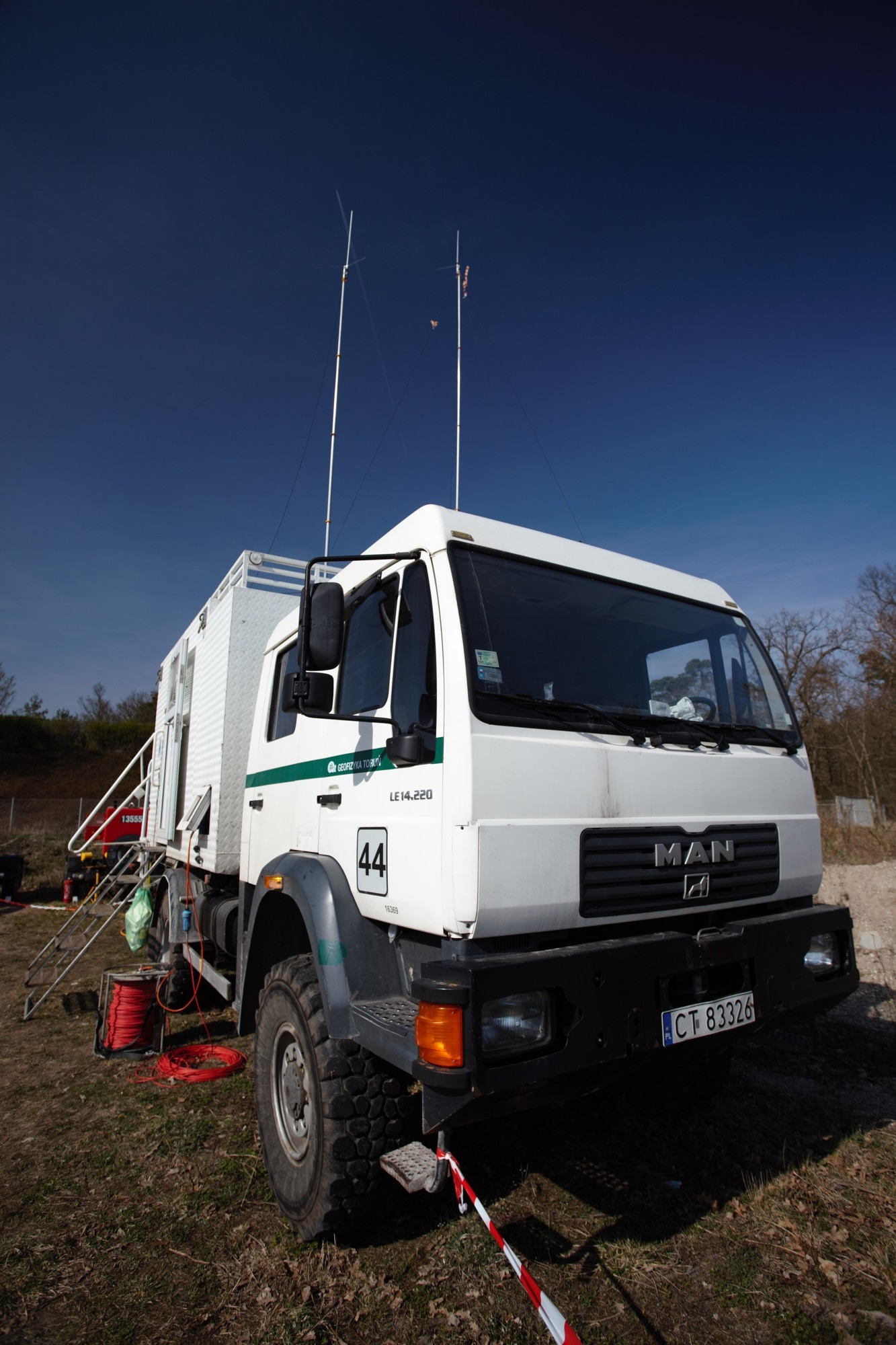 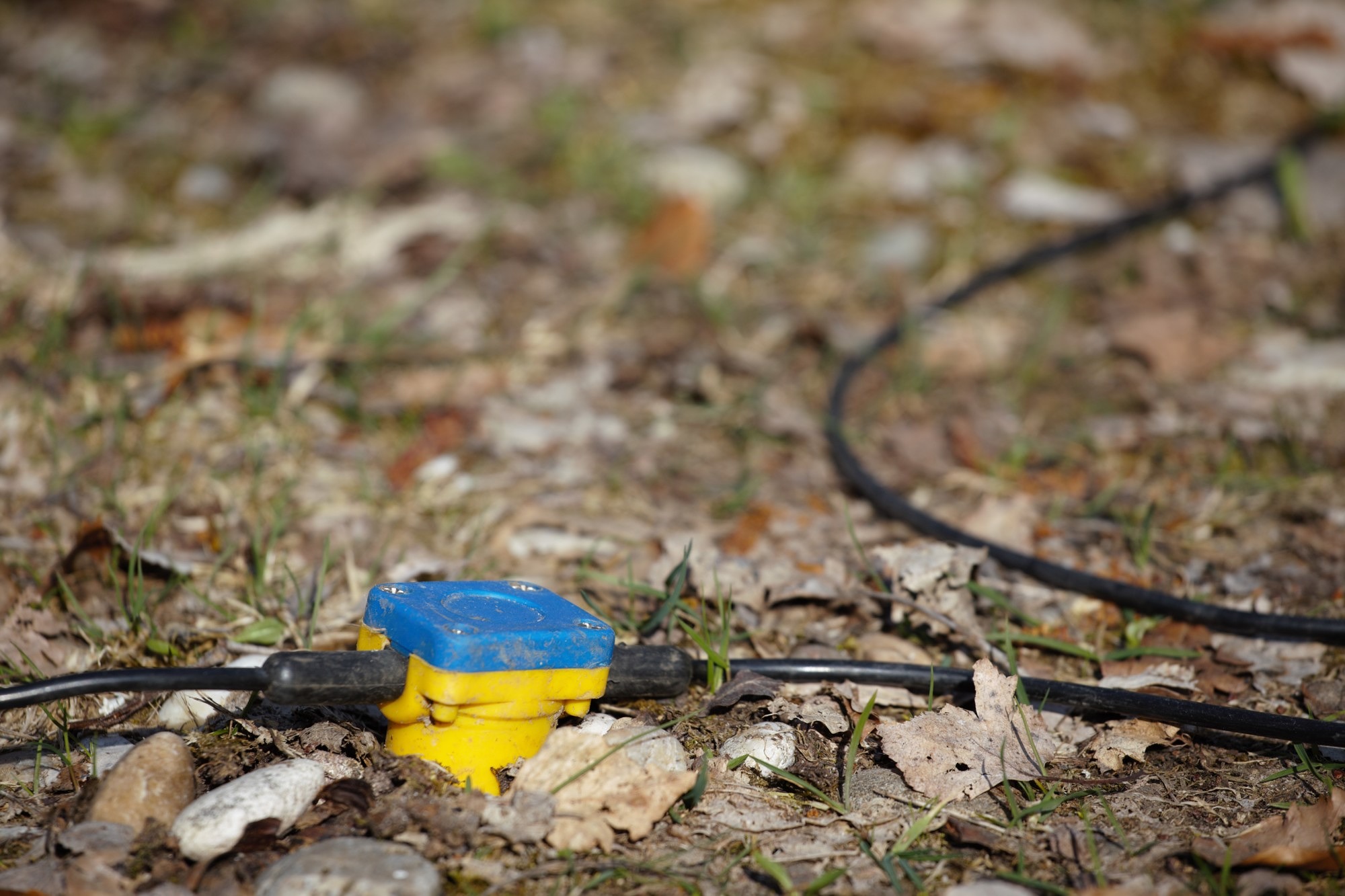 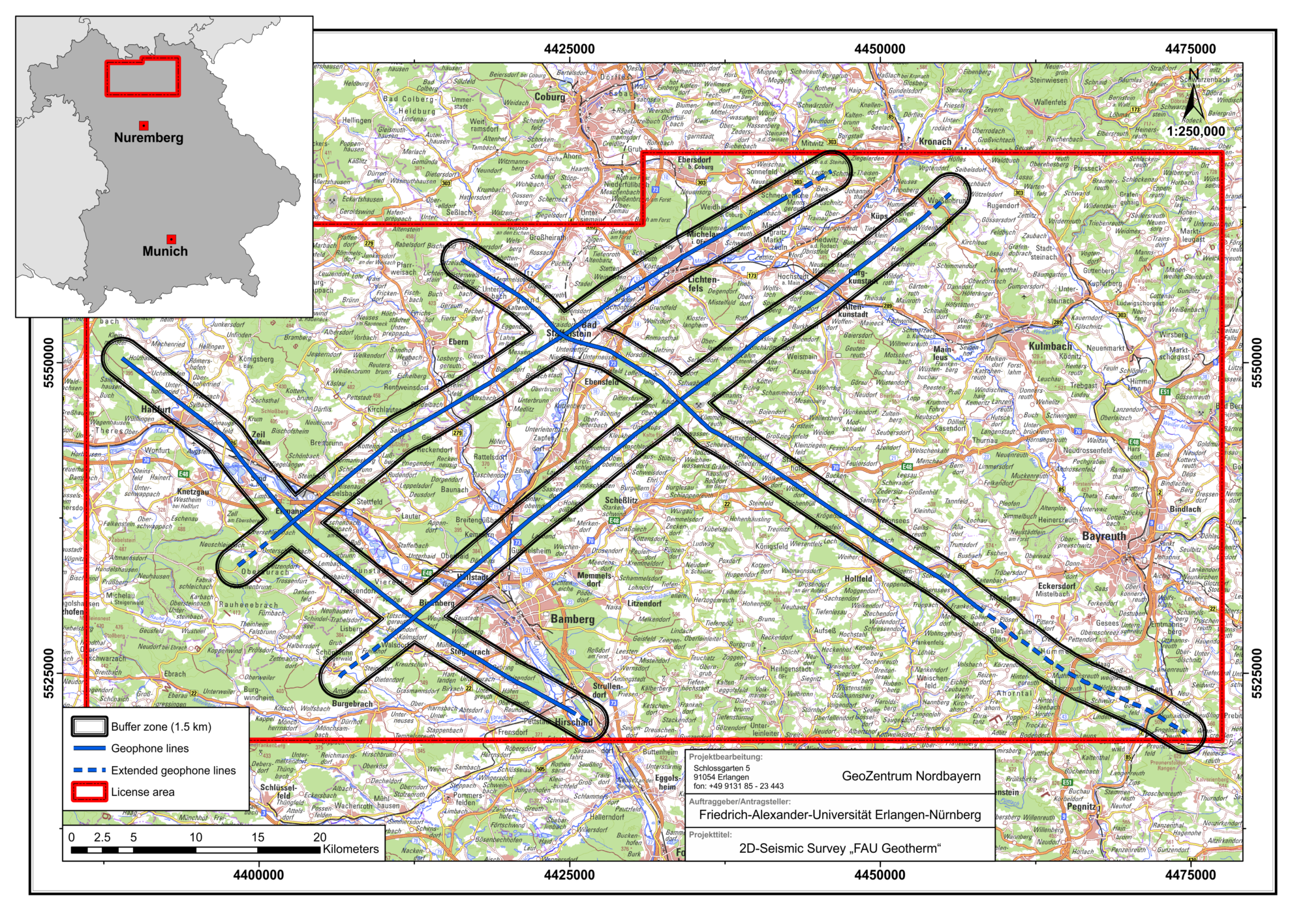 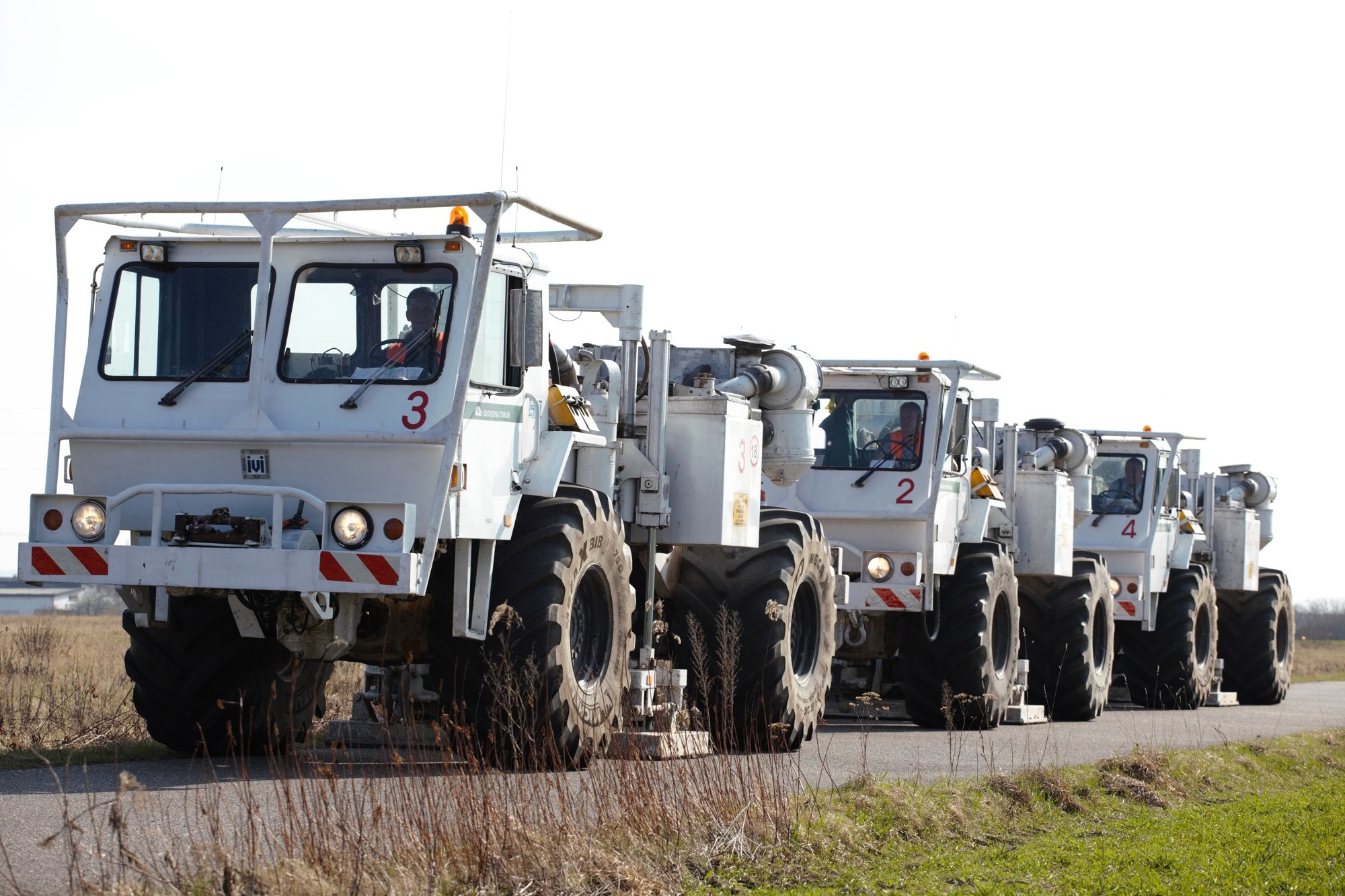